Sherwood is a town in Washington County, Oregon, and is located in the Tualatin Valley southwest of Portland. According to the 2010 census, the population was 18,205 residents.

The Sherwood area was originally settled by the Atfalati band of the Kalapuya nation. The first noteworthy wave of United States emigrants arrived in 1842.  At this time the Native Americans were displaced to reservations after the Donation Land Claim Act of 1850 gave American citizens exclusive ownership of these lands. The relocation process took place under the direction of a sequence of federal employees, most notably Superintendent of Indian Affairs Joel Palmer, who was severely criticized for his inhumane treatment of the tribes.

The California Gold Rush of 1849 caused an intense shift in the region’s economy. Oregon City, Oregon is located on a section of the Willamette River that had always been an attractive trading destination dating back to when trading activity was dominated by the Chinookan tribe.  When colonists of European extraction began arriving in great numbers, Oregon City became the “End of the Oregon Trail”. Portland, Oregon replaced Oregon City as the area’s most significant center of trade and commerce after the Gold Rush.  Sherwood is located within twenty miles of both of these cities.

The city was originally named “Smockville,” after James Christopher and Mary Ellen Smock, its co-founders. The story goes that no one, not even the co-founders themselves, was ever too enthralled by the name. As such, a community meeting was held in 1885 to rename the town. It was a clever businessman, Robert Alexander, who suggested “Sherwood.” The name since stuck and the city received its first piece of mail in the month of July, 1891 under its new title.

Money magazine placed Sherwood among the twenty most livable towns in America in 2007. Additionally, the city of Sherwood was named one of the Nation’s most “family friendly” small towns by Family Circle in 2009.

Let our Sherwood local movers take the stress out of your move by handling everything—not just the lifting. That’s right! From the packing and loading to the final delivery, our goal is to take as much stress out of your move as possible. For this reason, our Sherwood movers will also help you pack and unpack your belongings. Additionally, we have the tools and equipment necessary to put furniture back together in minutes. All of our movers are certified and treat your property with the respect both you and it deserve. If you prefer to move some things yourself, we completely understand. Our local movers in Sherwood can customize their moving services to fit your situation and budget. Just contact us to discuss your needs!

If you’re looking for Sherwood movers—whether you’re moving in or out of the city—look no further than PDX. To ensure satisfaction, we always do our best to accommodate our customers. We’re pleased to start working with you on your upcoming move! 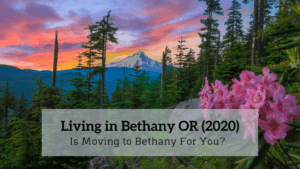 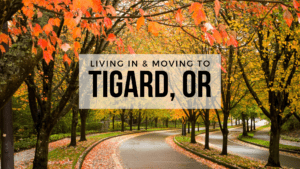