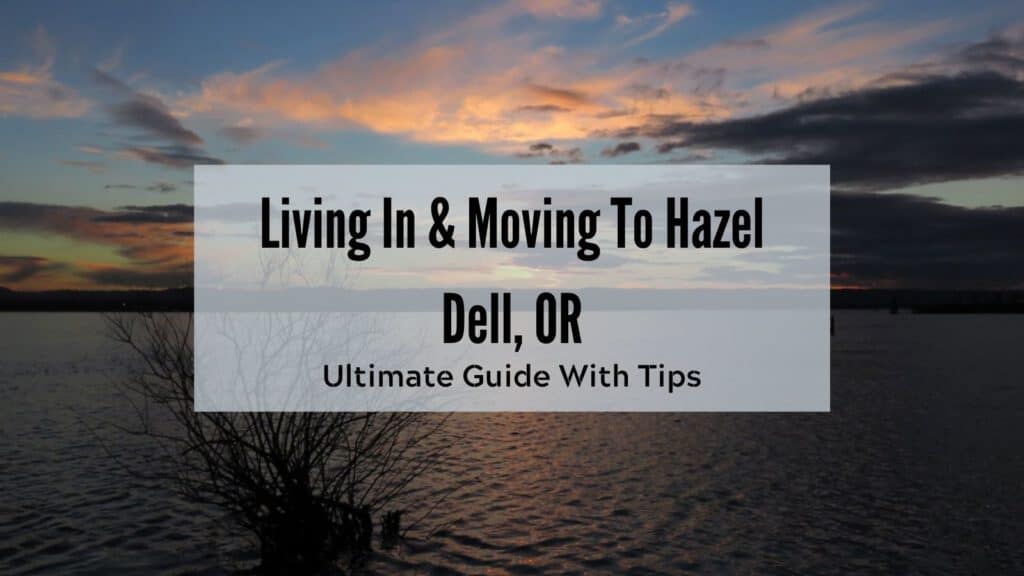 Just north of Vancouver lies Hazel Dell, WA, a suburban city that is home to plenty of families with children. Towering trees line the streets and there’s always something to do in this friendly community. Hazel Dell is known for being the first suburban settlement after World War II. Since then, it’s developed into a healthy, thriving city that many people reside in when working in Vancouver. With a rich history of being a working-class community, this is the perfect town for people who need affordable housing in the Portland-Vancouver area.

Other items in Hazel Dell are similar to the cost in Vancouver. According to Numbeo, you can expect to pay around these prices for common items:

Anyone relocating to Hazel Dell should be prepared for the weather. The climate in Hazel Dell is cool and rainy, and it doesn’t get very hot. The average temperature in Hazel Dell ranges from highs of 45°F to 79°F and lows of 32°F to 53°F. You’ll experience quite a bit of rain with the rainiest month being December with an average of 17 days of rain. The least rainy months are July and August with an average of just two days of rain each.

Things to do in Hazel Dell, WA

Whether you’re looking for fun things to do in Hazel Dell with kids or need the best Hazel Dell park, we’ve got you covered.

With a visitor center to teach you and your family about Fort Vancouver, this is a must-see destination in Hazel Dell. There are interactive exhibits, and you can easily spend a few hours checking out this Hazel Dell landmark. It’s a family-friendly Hazel Dell activity for a weekend.

Grabbing a bite to eat? Check out the top-rated Hazel Dell restaurants for a quick bite or date night.

If you’re in the mood for classic American cuisine, this is where you come! They serve breakfast, lunch, and dinner. This Hazel Dell restaurant is like a diner, and you’ll find everything you love: Burgers, fries, bacon, eggs, fried chicken, and more. With over 800 reviews on Google alone, this is a Hazel Dell eatery that’s become a local favorite.

For the best Thai food in Hazel Dell, you have to check out Delish Thai. With over 200 positive reviews on Google alone, this is a top-rated restaurant in Hazel Dell that many locals come to eat at. This is a great restaurant for couples in Hazel Dell looking to have a date night out.

Though Hazel Dell isn’t as large as the surrounding cities, it still has a healthy and thriving economy. There are 10,519 employees in Hazel Dell alone. The most popular jobs in Hazel Dell are healthcare and social assistance, retail trade, and manufacturing. You can find Indeed jobs in Hazel Dell here. Many people also commute to nearby Vancouver or Portland. There are plenty of jobs in these big cities. If this is what you’re planning, click the link to get directions from Hazel Dell, WA to Portland, OR, which is 12.6 miles.

Ready to call Hazel Dell your new home? Moving to Hazel Dell doesn’t have to be difficult. When you call PDX Movers, we’ll do all the heavy lifting for you! We’re the best Hazel Dell moving company, so call us at 503-746-8795 or fill out the form to get started on a free quote.