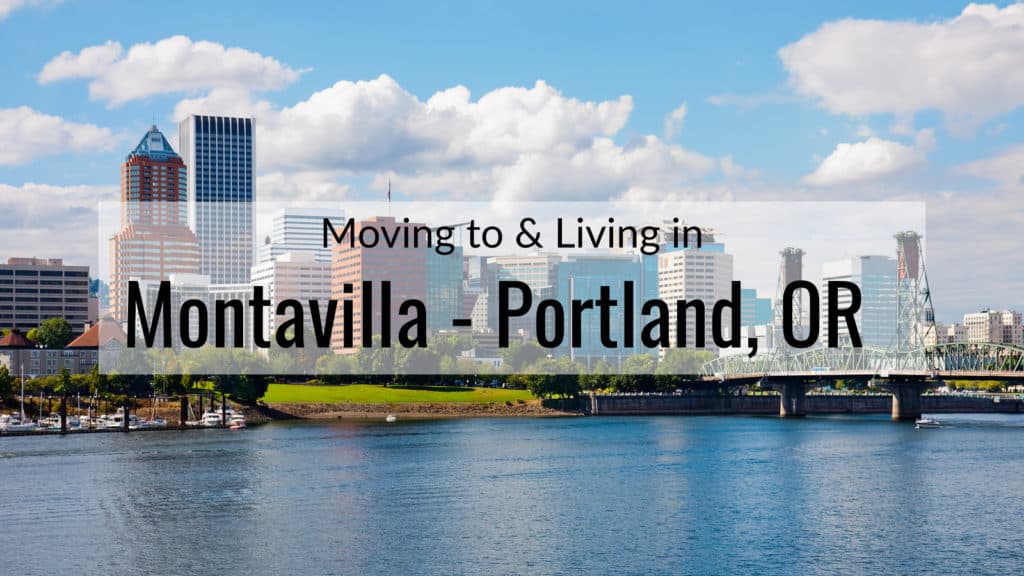 Montavilla – Portland OR [2022] | ULTIMATE Moving to & Living to Montavilla Guide

Located in the eastern portion of Portland, Montavilla is one of the most beautiful communities within city limits. Originally known as the “Mount Tabor Village”, this name was shortened to “Mt. Ta. Villa.”, which eventually became “Montavilla”, which Portlanders know it as today. Montavilla is known for being one of the most beautiful historic districts in Portland, being home to plenty of wonderful architecture such as the Monastery of the Precious Blood, which is on the National Register of Historic Places, and other historic attractions like the Montavilla Park, established in 1921. Far from a purely residential area, Montavilla also has plenty of retail and luxury shopping on Stark Street, and there’s lots of roads and paths to access the city center by foot or by car.

When pioneers settled the area that would become Portland in the 1840s, Montavilla was among the first communities to be formed there. As previously stated, Montavilla was originally known as “Mount Tabor Village”, which after decades of shortening and nicknaming, eventually got the name “Montavilla”. This residential area continued to grow and grow, and by the early 20th century, it was the premier area for luxury living in Portland. The Montavilla Park was opened to visitors in 1921, and in 1923, the beautiful Monastery of the Precious Blood was built in the Spanish style to house the Catholic monks and faithful. Furthermore, the historic Academy Theater was constructed and opened in 1948, and has been a hotspot for movie lovers from all over the city ever since.

Location & Transportation of Montavilla – Portland, OR

Since its inception, Montavilla has been one of the most desirable residential areas in the city, being a suburban type of area that is located right in the heart of the city. Division, I-205, and I-84 all link through Montavilla, and all three are large transportation arteries that can take you most anywhere in the city and beyond. All the major roads in Montavilla are serviced by TriMet public transportation lines, and you’ll also find that Montavilla is an easily walkable location. Montavilla is bordered by Mount Tabor, Hazelwood, Mill Park, Woodland Park, and Madison South. This neighborhood also contains four separate zip codes, those being 95215, 97216, 97213, and 97220.

About 17,889 people have chosen to make their home here in Montavilla, with a population density of around 5,300 residents per square mile, which is about 15% higher than Portland. The median age for Montavilla residents is 38.2, which is slightly lower than the Oregon average of 39.1, but higher than the Portland average of 36.8. A higher ratio of the population are families who have children under 18 (43%) than the Oregon average (42%), although Montavilla’s ratio of families with children under 18 years of age is lower than that of Portland’s overall (45%). Ethnically speaking, Montavilla’s population is 72% white, 5% black, and 11% Asian.

While living in Montavilla, you’ll generally find that people here are classy, as you’d expect one of the best established and oldest neighborhoods in a big city. At the same time, Montavilla is right in the center of Portland’s beating heart, so the residents here are hip and on the bleeding edge of Portland and American culture.

Things to Do in Montavilla – Portland, OR

With quick and easy access to the whole of Portland, as well as plenty of established eateries and entertainment in the area, there’s plenty of must-see attractions, great restaurants, and high-end shopping to be done here in Montavilla!

You’ll find everything you need in terms of retail in Montavilla. Safeway, Walgreens, and more retail stores all have locations inside this community or nearby. If you want to explore Montavilla’s hottest shopping, you should definitely check out Union Rose and Beanstalk. Beanstalk is a children’s goods retailer with an expansive facility that’s easy to wheel a stroller around, and has plenty of toys and items sure to please any tots in your entourage. Meanwhile, Union Rose is an artisan women’s boutique that uses only locally sourced materials and pieces, while providing a massive inventory of beautiful clothing.

If you’re looking for great places to eat in Montavilla, you’re in luck! One such place is the Flying Pie Pizzeria, which has been serving great pizza to Montavillans and Portlanders from all over since 1984! If you’re on the lookout for something a little more sweet and refined, look no further than the Bipartisan Cafe! Open late into the night, the Bipartisan Cafe serves excellent tea alongside hand-crafted artisanal pies in any flavor you could dream up.

Don’t think there’s only shopping and eating to be done here– there’s also plenty of entertainment and attractions in Montavilla as well! The historic Academy Theater has been a mainstay of the community since its opening in 1948, and has been showing the latest and greatest films in a luxurious sit-in environment for more than seven decades. You can also visit the former Monastery of the Precious Blood, which now serves as a tourist destination and historical site.

Curious about anything we’ve mentioned here? Check out the details below:

Montavilla is a neighborhood renowned for its residential architecture, and real estate prices here reflect that, but the average home cost here is still a significant portion lower than the average cost in Portland overall. You’ll find the vast majority of property being sold here is single home units, generally compact due to the urban nature of the surroundings, but there are also condos, particularly luxury ones located in the upper floors of the area’s impressive residential skyscrapers.

While living in Montavilla, you’ll also enjoy quick access to several excellent schools. For elementary, there’s the highly-rated Creative Science School, and for those of you who participate in the Christian faith, there’s the Columbia Christian School, which will guide your child from pre-K all the way to the 12th grade.

Moving to Montavilla – Portland, OR

Enticed by the beauty and class of Montavilla? Ready to take the last step and make Montavilla your new home? You’re going to need a professional mover who can get the job done safely and quickly, and you should look no further than PDX Movers! Our expert moving teams serve the entire Portland area, including Montavilla, and can provide all kinds of services for any kind of move. Fill out our form, or give us a call at 503-746-8795 for a free quote.