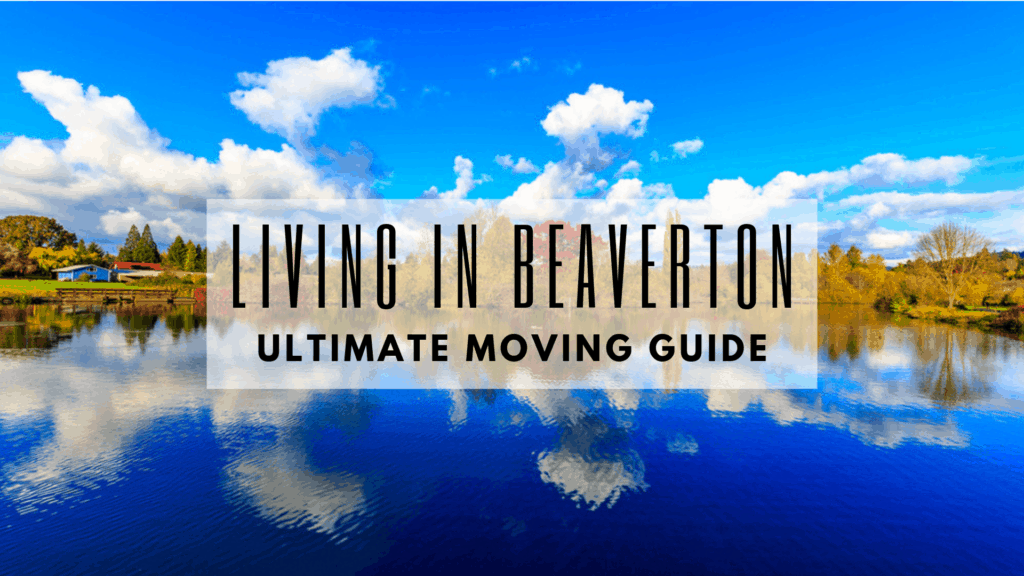 Living in Beaverton, OR (2022) | Ultimate Moving to Beaverton Guide

It’s never been a surprise to us when someone says they’re planning on moving to Beaverton or other nearby suburbs of Portland. Between the gorgeous, green scenery and the unique, fun atmosphere, it is the type of place just about anyone would enjoy living.

Anyone contemplating a switch to the beautiful city of Beaverton will love this all-inclusive guide. We’ve compiled all the information you will need to decide whether it’s the type of place you’d like to live. Take a look at the details below to learn about the city’s population, things to do, cost of living, and more!

1. History and People of Beaverton

Original settlers like Laurence Hall and Thomas Denney were some of the first to acquire land in the area once known as Beaverdam. They started out by building up the local economy with both a grist mill and a sawmill, quickly creating numerous job opportunities.

The once small town began to see numbers flow into the area shortly after the Civil War ended. And by 1893, it was officially incorporated as the city of Beaverton with nearly 400 local residents.

Since then, this beautiful Portland suburb has blossomed into a thriving community with a population of around 100,000 people. It is currently the second-largest city in Washington County and stands as the sixth-largest city in Oregon. In recent years, Beaverton took the 12th spot on Money magazine’s list of the best places to live.

Did you know the widely recognized motto of “Just Do It” lives right here in Beaverton, OH. Back in 1990, Nike moved its main headquarters from Eugene to their innovative, new location about a mile south of US Highway 26 off of Murray Boulevard. What was once an eight-building HQ has grown into a 286-acre campus with more than 75 buildings, fitness centers, running tracks, product development centers, and much more.

As of 2019, Nike was ranked No. 90 on the Fortune 500 list with a revenue of nearly $36.4 billion. Their brand sponsors entire teams and athletes for nearly every sport under the sun with recognizable names like Michael Jordan, Lebron James, Tiger Woods, Derek Jeter, Maria Sharapova, and Cristiano Ronaldo.

3. Things to Do and Restaurants in Beaverton

If you’re thinking about living in Beaverton, finding things to do will likely be one of the first things on your list of priorities. Located in the Tualatin Mountains along the Willamette River is Forest Park, a 5,000-acre area. It is the largest urban forest reserve in the United States with over 70 miles of trails and breathtaking views of both Beaverton and Portland.

About a 30-minute drive southeast from Forest Park will lead you to the Tryon Creek State Natural Area. This state park is a popular spot for hiking, school field trips, as well as its scenic bridges and boardwalk.

A post shared by Forest Park Conservancy (@forestparkconservancypdx) on May 10, 2019 at 6:32am PDT

We all know the perfect way to finish a long hike or day at the park: with food. And there are a handful of great places to eat in Beaverton such as La Provence Boulangerie & Patisserie. If you couldn’t already tell by the name, this is a French-inspired cafe offering breakfast, lunch, dinner, and scrumptious baked goods.

For some good old fashioned American comfort food, stop by the Black Bear Diner to try their chicken fried steak, carving station dinners, and more. And for a large variety of other great breakfast foods, head over to Elmer’s Restaurant.

4. Some of the Safest Neighborhoods in the State

Ranked among the top 5 safest cities in Oregon by Alarms.org, you are certain to find a wide variety of quiet, comfortable neighborhoods in Beaverton. If you’re a young family with children, the community of Five Oaks should be at or near the top of your list to check out. This family-friendly neighborhood is located immediately south of Sunset Highway and has all the local amenities you’d need within a mile of every home in the area.

Another great part of town is known as Vose, which is near the city center with community parks and one of the local elementary schools within its borders. Denney Whitford is one more community worth a look. With a local golf course and easy access to the nearby Washington Square shopping mall, it’s a popular spot that has some nice homes and apartment complexes.

5. Cost of Living in Beaverton

Most aspects of the cost of living in Beaverton are less than both Oregon state and national averages, with the exception of housing and transportation prices. It is common for many workers in the area to commute to larger cities like Portland, leaving things like auto insurance and gas prices around 25% higher than Oregon average prices.

If you’re interested in purchasing a house in Beaverton, you’ll find a good market with some varying options. The average cost of a home in Beaverton is $389,100, an amount that is up about 3.4% since this time last year. These numbers are expected to have little to no change in the next 12 months, based on current projections.

A bit more than half of the Beaverton population rents instead of purchasing their home thanks to affordable options for leasing. The average cost of rent is between $1,224 per month for one bedroom to $2,293 per month for a home with anywhere from four to five bedrooms.

Beaverton hosts its own school district which provides solid education standards for children of all ages. Home to Oregon’s number one ranked high school known as the School of Science and Technology, students who are particularly interested in mathematics, technology, as well as life and physical sciences will thrive at this school. Two other local high schools that ranked among the top 50 in the state include Southridge High and Aloha High. 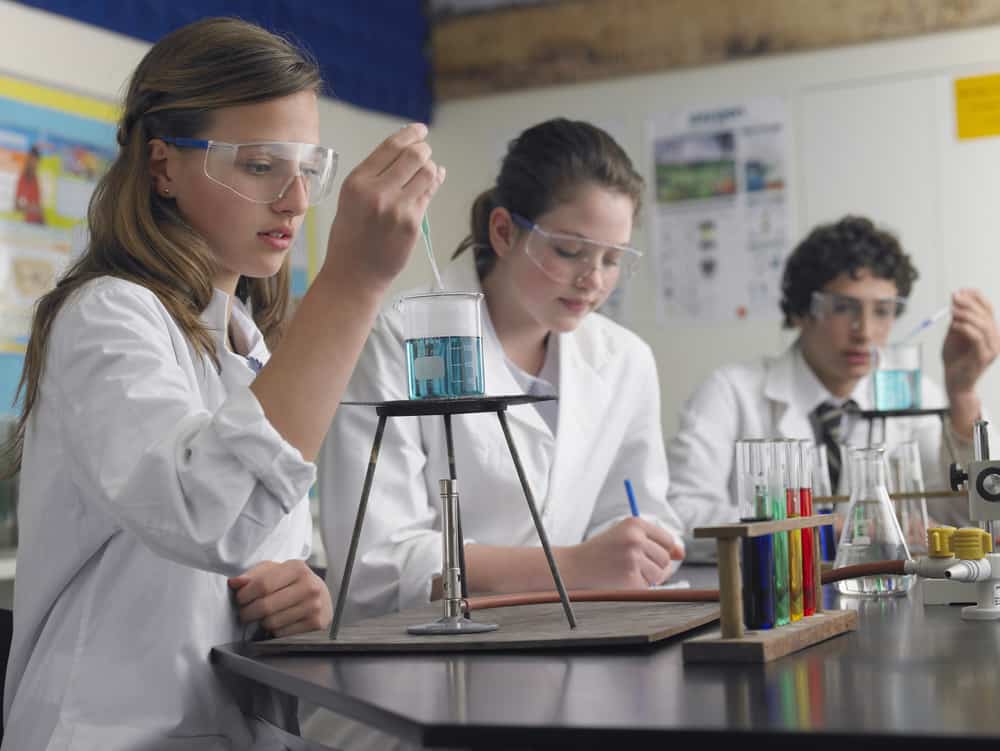 You also have a number of great elementary and middle schools to choose from for your younger students: Bethany Elementary, Scholls Heights Elementary, and Aloha-Huber Park School.

With the headquarters for Nike in town, you can expect a good amount of jobs to be available in Beaverton. While the multinational company employs over 74,000 employees worldwide, a respectable 12,000 of those individuals call the main office home.

As part of what is called the Silicon Forest, the area also hosts a number of large tech companies. Following trends set by Silicon Valley in California, powerhouses like IBM’s Linux Technology Center have planted roots in this city. Other tech corporations include Phoenix Technologies and the Oregon Technology Business Center (OTBC).

The climate in the area is similar to other suburbs around the Portland area. 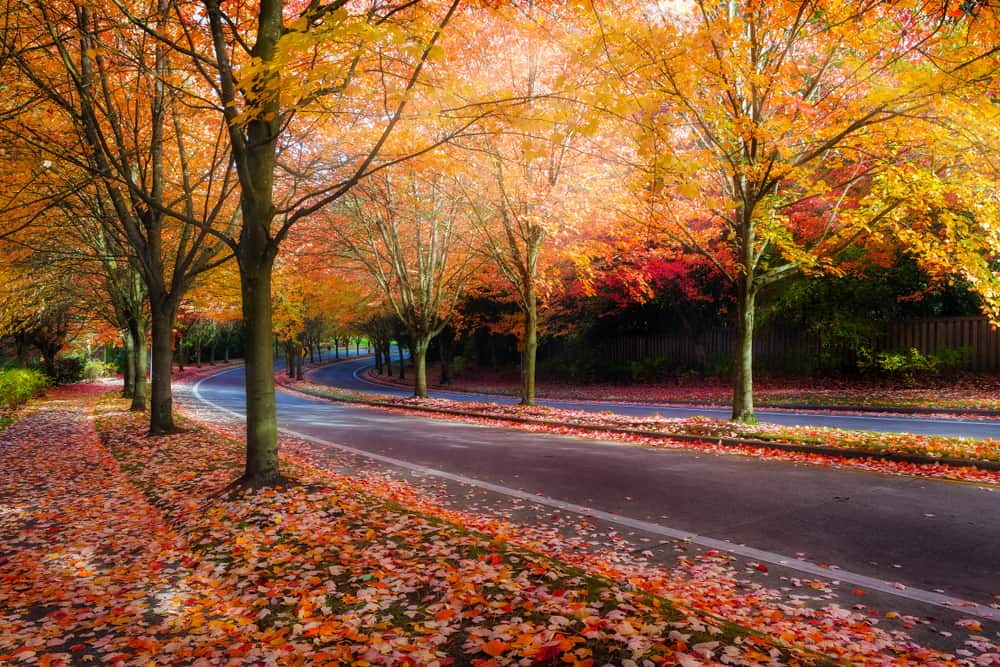 When it comes to Beaverton weather you can expect cold, wet winters with temps in the 30s and 40s along with about 41 inches of yearly rain. However, things get comfortable as summer rolls around when you can enjoy high temperatures that rarely eclipse 85°F.

Tips for Moving to Beaverton

This charming city is truly a gem among Portland city suburbs. If you’re thinking about living in Beaverton keep these four things in mind:

Now that you know everything to expect for relocating to Beaverton, are you ready to make the change? The PDX Movers team has been serving the Portland area for years, giving us the knowledge and experience necessary to make your relocation run without a hitch.

If you’d like to get more information, please don’t hesitate to give us a call at (503) 746-8795. You can also fill out our contact form to get a free moving estimate for your upcoming transition.