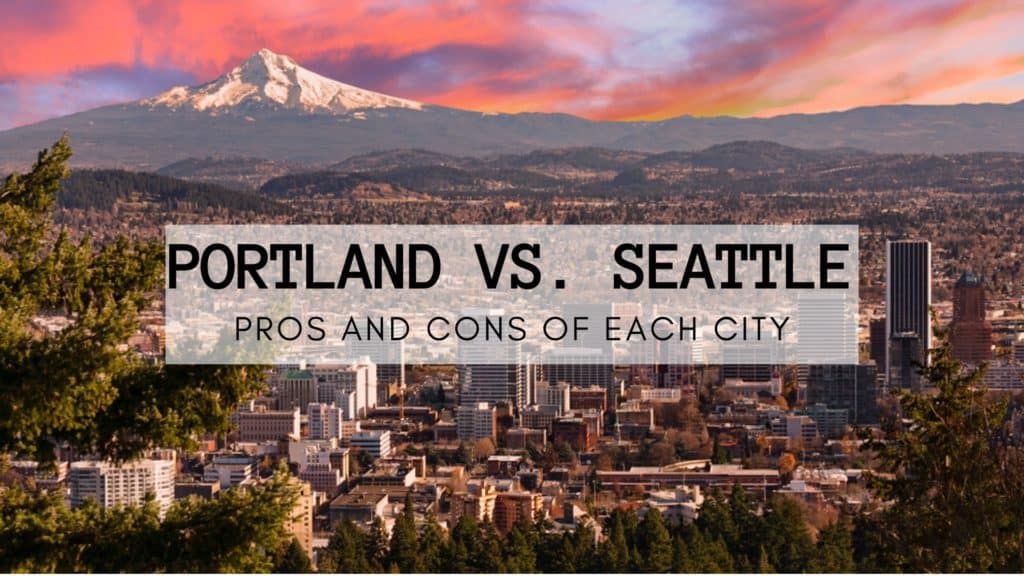 Headed to the northwest and trying to figure out what the best city for you is? Most people find out that the main hubs of the northwest, Portland and Seattle, are their top choices. And though these places may be nearby, the cities couldn’t be more different. From crime rates to affordable housing, we have everything you need to know in an easy to read pros and cons list. It’ll be easy for you to decide which city is best for you between Portland vs. Seattle.

Advantages and Disadvantages of Living in Portland Vs. Seattle

When trying to decide which city to live in, you may be wondering what the advantages and disadvantages are. Though Portland and Seattle are both beautiful cities, they often get compared to each other. If you’re wondering whether Portland as opposed to Seattle is the better choice for you, don’t fret–we have the perfect guide for you! We lay out all the good and bad things about each city so that you’ll know for yourself which is the best one to live in.

Portland’s Affordable Living is a Positive

When it comes to the benefits of Portland vs. Seattle, Portland wins on affordable living. It is much more affordable with home prices at a median of $451,000. This is much less than the median home price in Seattle, which is $758,200.

Fun Things to Do in Portland

Portland Food Trucks are a Strength

If there’s one thing that Portland is known for, it’s their food trucks! This is one of the best things about Portland. At any given moment, you’ll find the city streets lined with delicious cuisine that you can grab for affordable prices. 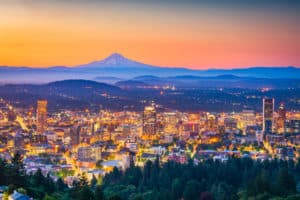 Though Portland is smaller than Seattle, there is still a significant amount of traffic. Because of the many bridges around the city, it can take thirty minutes to get to the destination that you hope to get to in ten minutes. It’s slow moving, and combined with rain or snow, it gets even worse.

Many Homes Have No A/C

Homes and buildings often don’t invest in A/C because there are only a few weeks out of the year where it gets hot. So for some, this can be a bit overwhelming and hot! If it’s important to you, make sure you purchase a newer home.

Fun Things To Do in Seattle

Everyone knows about Pike’s Fish Market, and it’s a huge attraction in Seattle. With delicious fish that’s sourced right from the ocean, you will always have fun things to do. There’s the Space Needle as well, which is a must see.

There are many tech people who are working in Seattle, and the city breeds great jobs. The median income is $93,481, which is fairly high. And though the city is bigger, they have a lower poverty rate than Portland, an advantage for Seattle.

Great Schools in Seattle are an Asset

University of Washington is one of the best schools around, and it’s located in Seattle. There are also many elementary schools and highschools that are rated well too. If you’re looking for a great education, Seattle is the place to be. 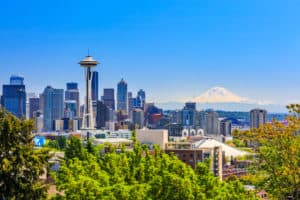 Seattle Disadvantage – Not as Friendly

Most people in Seattle stick to themselves, and this isn’t the case in Portland. When it comes to Seattle vs. Portland, you won’t want to be in Seattle if you’re trying to find a welcoming and friendly city.

Expensive Housing in Seattle is an Obstacle

Rent and home prices are extremely high in Seattle, so it’s not affordable for people who aren’t making at least the median income. Plus, the homes aren’t very family-friendly, and if you want something family-friendly, you could be in the $1,000,000+ range.

Seattle Weather is a Drawback

One of the top complaints about Seattle is the weather. There is rain and snow, and even in the summer, you can expect rain. Because of this, many people get Seasonal Affective Disorder (SAD).

Cost of Living in Portland Vs. Seattle

Most people wonder about Portland’s as opposed to Seattle’s cost of living when deciding whether or not they should move. When you’re comparing the two cities, it’s clear that Portland is a much more affordable living. According to Numbeo, you’d need $5,084.43 in Portland and $6,000.00 in Seattle to live similarly. More numbers include:

More Things to Consider with Portland Vs. Seattle

Seattle’s population is 744,949 in comparison to Portland’s population of 652,573. Though they’re both big cities, Seattle’s disadvantage here is it is much more crowded without the green space that Portland has to break everything up.

Crime in Portland Vs. Seattle

One of the biggest advantages to Portland and Seattle are that there are plenty of things to do. In Seattle, you have Mt. Rainier, and in Portland, you have Mt. Hood. However, Portland is the clear winner when you look at outdoor living. Seattle benefits from being much more of a tech-savvy, city-living type of place. Portland is much more green and filled with families and nature enthusiasts.

Weather in Portland Vs. Seattle

Which City is Better Portland or Seattle?

Both cities are beautiful places to live, and they each come with good and bad things about them. However, from a cost of living and friendliness aspect, Portland is the best choice. If you’ve decided that Portland is your home, we’re ready to help you. As the best Portland moving company, we’ll do all your heavy lifting. Call PDX Movers today for a free quote!