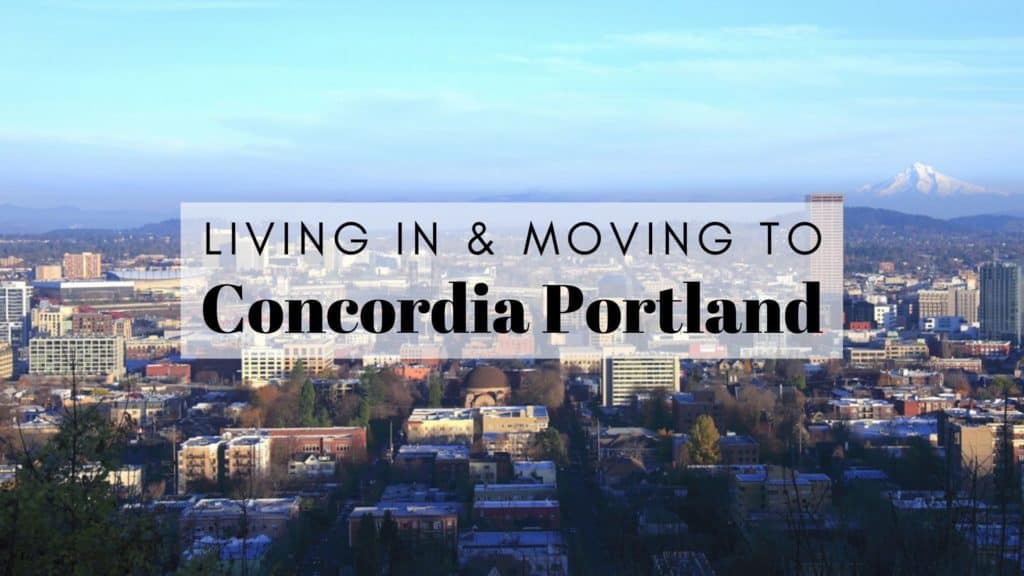 Known for being among Portland’s most diverse communities, the neighborhood of Concordia is a local art hub that makes for a great place to live. Located in Multnomah County, it is home to the fun arts district along Alberta Street and the local university.

Even though the area covers less than 2 square miles, people living in Concordia enjoy an area packed with fun things to do, places to eat, parks, and more.

Starting off as a humble community in the northeast part of Portland, the neighborhood of Concordia earned its name after Concordia University was founded in the area back in 1905. The college was founded by the Lutheran Church and still maintains its Christian focus today as it trains pastors as they prepare to teach around the Portland suburb.

Development has continued to improve and revitalize the area as more people have been relocating to Concordia over the years, helping it grow into one of the best neighborhoods in Portland.

Located about 6 miles to the northeast of downtown Portland, the suburb of Concordia is surrounded by a handful of other great neighborhoods. To the north, you’ll find Sunderland, while to the south are the areas of Beaumont-Wilshire and Alameda. On the east side of the community is Cully and if you head west, you’ll run into Woodlawn, Vernon, and Sabin.

Concordia covers the two zip codes of 97211 and 97218. It’s street borders extend from Columbia Boulevard on the north to Prescott Street and Alberta Court on the south side. From east to west, the neighborhood’s perimeter runs from 42nd Ave to 33rd Avenue. 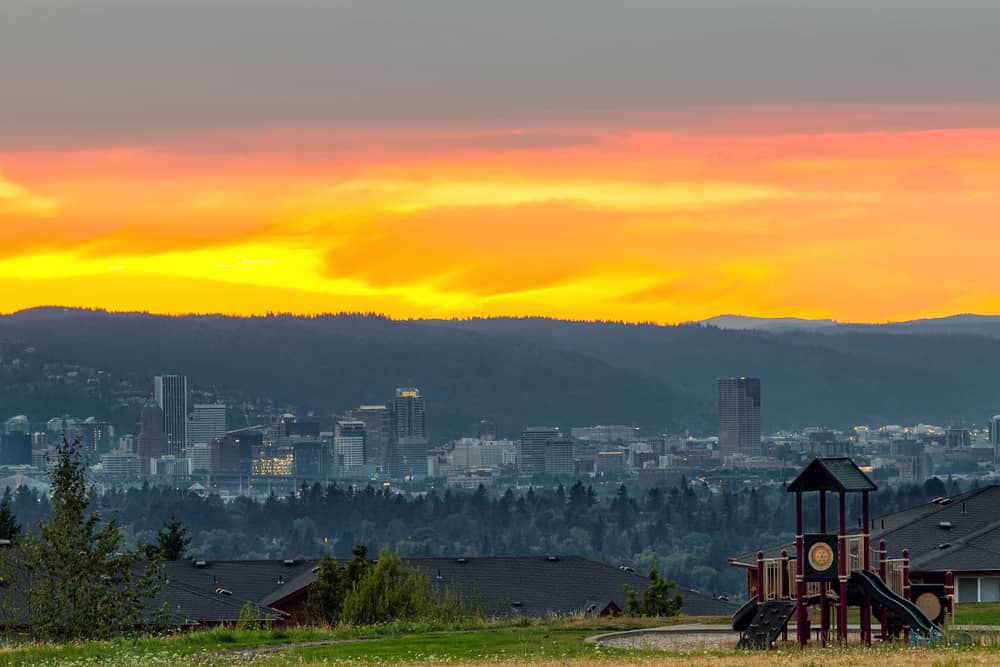 Since the updates made in the 1990s to further develop the area, public transportation including buses has become much more accessible. The additional options have been especially convenient for local students and commuters. There are also many residents living in Concordia who own a vehicle for traveling into Portland for work or entertainment.

The beautiful suburb has also grown into a popular place for biking and offers plenty of walking room with sidewalks and pathways lining the community.

Wondering what it’s like living in Concordia? Especially over the last few decades, it has been considered a great community in Portland for families.

The population has grown to a population of 9,558 locals residing in Concordia, spread out between about 3,618 households. The largest age group is younger adults between the ages of 22-39 years old. But there are also as many as 1,660 children under the age of 18 years old in the neighborhood as well.

Concordia demographics are still a bit one-sided, though the community has seen a significant increase in diversity recently. When breaking down the local population, it is made up of about 74% Caucasian, 12% African American, 3.7% Asian, and 3.6% Hispanic or Latino.

Of the local workforce, about 68.5% are employed with about 26% being retired individuals simply enjoying the quiet area as they plant their roots. Concordia has a decent unemployment rate of about 5.5%, making it a fairly good place to find work in town or nearby.

If you’re thinking about moving to Concordia, you’ll also want to consider the cost of living in the area. A good way to determine whether it’s a good fit for you is by looking at the Concordia median household income of $80,218, which is about 36% higher than the national average.

Places to Eat, Things to Do, & Shopping in Concordia

With the majority of the Alberta Street Arts District falling within its borders, you’re sure to find plenty of fun activities in Concordia.

You’ll have a delicious spread of top-rated places to eat in Concordia. Among the best spots on the list is Pine State Biscuits, where you can enjoy buttery biscuits served in a variety of ways from sandwiches to biscuits and gravy. They also have pancakes, salads, pot pies, and many other dishes you’re sure to love.

Also ranking about the most popular Concordia restaurants is The Waffle Window where, as you might have guessed, they serve sweet and savory Belgian-style waffles. Their menu items include a scrumptious variety that includes chicken and waffles, sandwiches, mac and cheese, as well as seasonal dishes that are cycled out.

It’s impossible to talk about amazing places to shop in Concordia without mentioning the many fun locations and boutiques at the Alberta Arts District. A walk along the 1.5-mile stretch will take you past an intriguing variety of destinations including ROAR, Clary Sage Herbarium, Close Knit, Grasshopper, and many more.

Additional Concordia shopping is available at the local New Seasons Market. While it is mainly recognized as a grocery store, the shop also includes everything from home goods to wellness supplies. A walk through their aisles will lead you by cookbooks, candles, kitchen necessities, supplements, vitamins, and much more.

Along with all the great shopping and delicious places to eat along Alberta Street, people living in Concordia have access to some of the top-rated parks in Portland. Local green spaces include Alberta Park, the Kennedy Community Garden, and Fernhill Park, which also has an off-leash area for dogs.

Another one of the top things to do in Concordia is to visit the Guardino Gallery, where you can see unique artwork and other interesting exhibits.

Whether you’re relocating to Concordia as a homeowner or you plan to rent, there are a wide range of living options available to fit every need from singles to families.

About 66% of residents living in Concordia own their homes around town. The area’s median listing price is $599,000, though some homes in the area can sell for 5% above list price. The average homeowner can expect to pay an average of $281 per square foot in Concordia with an estimated down payment of about 15%. 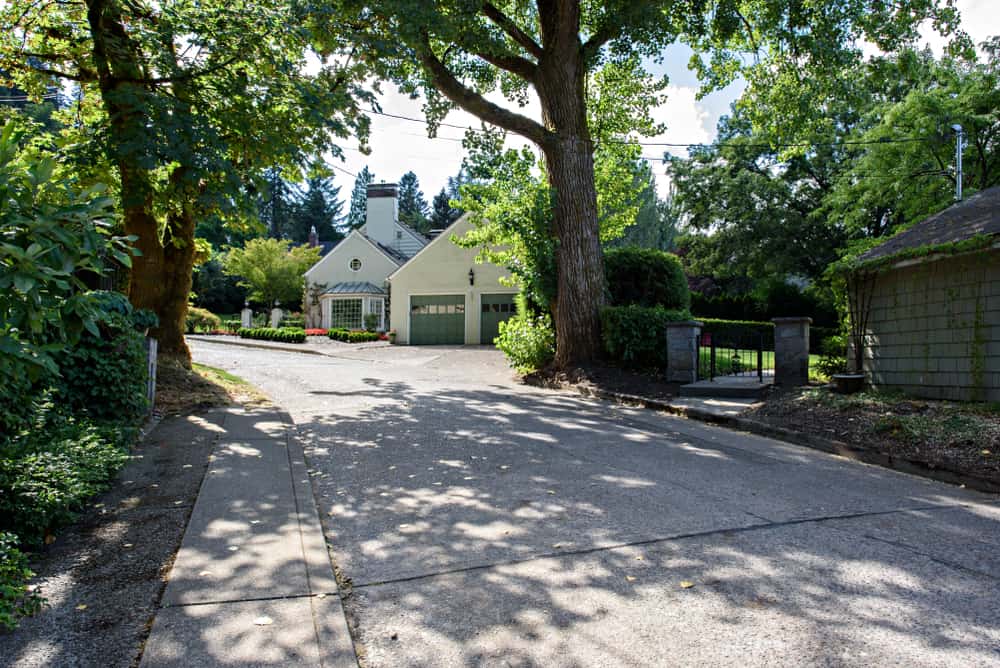 Locations tend to go pretty quickly in this neighborhood due to its many perks and local amenities. On average, homes for sale in Concordia typically spend just over a week on the market before going pending. Options range from small 2 bedroom cottages to large, vintage homes reaching nearly $1 million listing prices.

Are you planning on renting in Concordia? With the other 34% of residents leasing, rentals vary between $750 per month for a one-bedroom apartment and $2,100+ per month for a larger location. The price will usually depend on the size, layout, and location you choose.

If you’re relocating to Concordia with kids, you’ll also want to know what schools they will be attending while living there. The area is part of the highly-rated Portland Public School District and has campuses that include:

Enjoy the Benefits of Moving to Concordia

The great Portland neighborhood of Concordia has so much to offer its residents, making it a beloved part of the city. With a unique history, convenient location, and a wide variety of exciting things to do, living in Concordia is a fun option if you’re considering this area.

Need help with an upcoming relocation? Anyone relocating to Concordia can count on our friendly moving company to help with their transition. Call PDX Movers today at (503) 746-8795 or fill out the Request a Quote to get a free moving estimate!