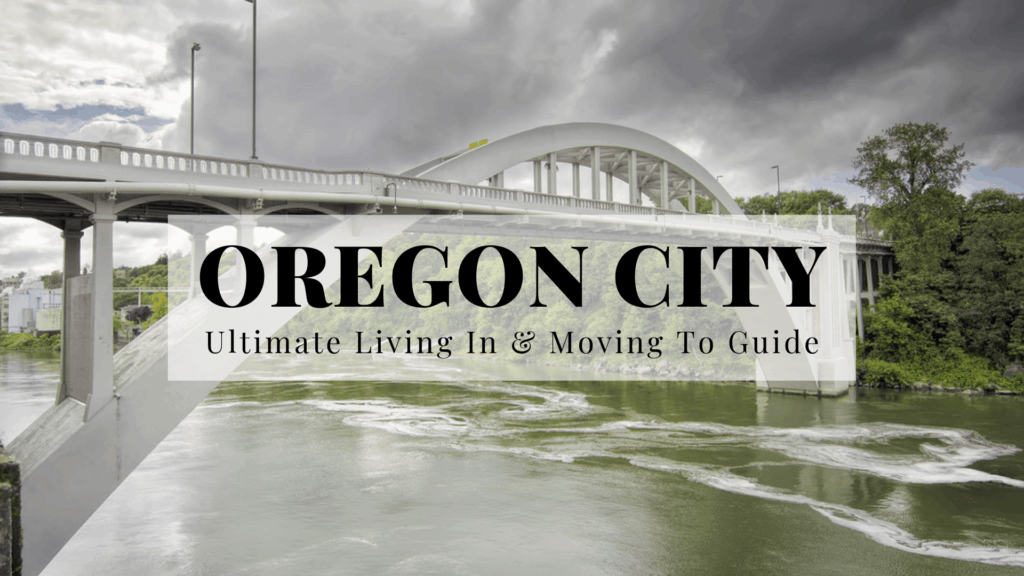 Oregon City has been around for a while. In fact, longer than any other city on the west coast. Made official in 1844, it became the first U.S. city west of the Rocky Mountains to be incorporated.

As a suburb of Portland, Oregon City is small but offers its residents a charming flair that keeps new people coming in year after year.

Are you thinking about moving to Oregon City and seeing what it has to offer? This is the ultimate guide to give you all the information you’ll need to decide whether living in Oregon City is the right choice for you.

Oregon City started as a very small town back in the early 1800s, which grew quite slowly over the course of its first century. And though growth has remained slow except for the 1990s when more than 11,000 moved to the area, the numbers are still gradually rising each year. The currently Oregon City population stands around 35,000 residents.

Covering an area of less than 10 square miles on the outskirts of Portland, locals truly enjoy a small-town feel with easy access to the big city. The median age in the area is 38 years old and as a safe community, it is a great place to raise a family or to retire.

2. End of the Oregon Trail

If you look on a map toward the northern part of Oregon City, you will find the spot that has been designated as the End of the Oregon Trail. The historic trail references the 2000-mile path from Independence, MO which many early pioneers and settlers took in their attempt to start over on the west side of the United States. Many of you have likely heard of or played the popular Oregon Trail video game that presented an idea of the struggles and hardships these individuals went through along the journey.

End of the Oregon Trail 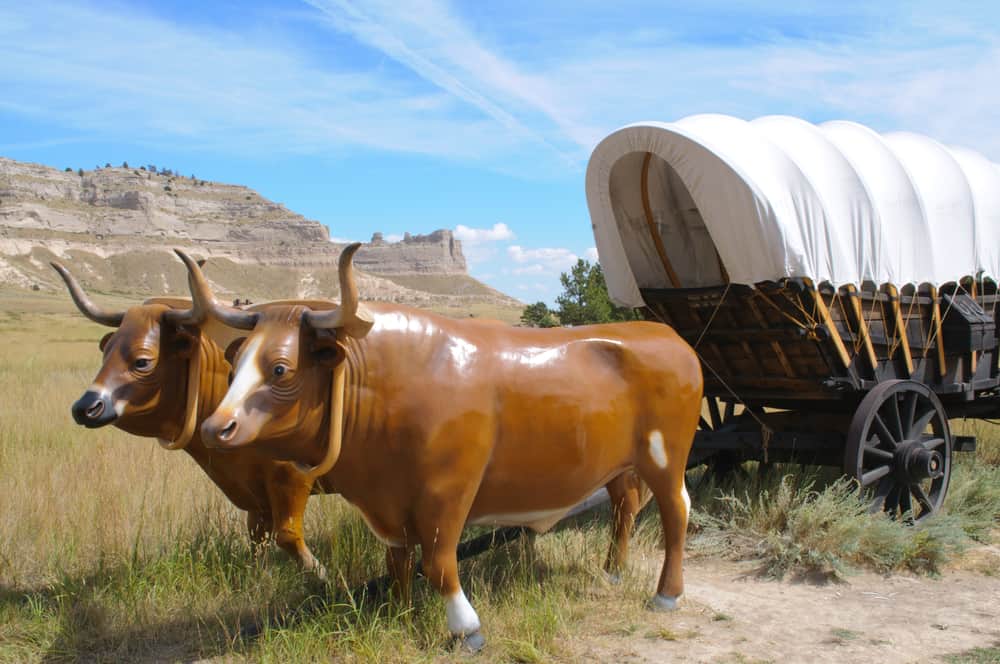 The End of the Oregon Trail has a local visitor center in Oregon City where costumed representatives lead tours of the exhibits in the area and answer questions about what life was like during the mid-1800s.

3. Things to Do and Restaurants in Oregon City

And if you’d like to experience a bird’s eye view of the entire town, head over to the outdoor Oregon City Municipal Elevator to take a look from the 130-foot tall observation deck.

Ready for a drink after a long day at the office or taking care of your kids? Head over to The Highland Stillhouse, a Scottish-style pub with a large variety of great beers on tap and other refreshments. And if you’d like to visit one of the best restaurants in Oregon City, visit Rivershore Bar & Grill to enjoy everything from juicy steaks and clam chowder to spinach dip and fish & chips.

You’ll find the cost of living in Oregon City is higher than most other areas around the state, especially when it comes to the housing market and local transportation. But as a consolation, things like healthcare and home utilities offer savings between 15-20% less than national averages.

Do you plan on buying a house in the area? The average price of a home in Oregon City is currently $418,100. The local market is warming up as it has jumped about 5% in the last year and is expected to rise another 2% in the next 12 months.

And if you’re not ready to be a homeowner yet, the average rent prices in Oregon City vary between about $1,610 per month for a one bedroom apartment to $2,335 per month for a larger home with four or five bedrooms.

Ranked among the top 20 safest cities in Oregon, you won’t have to worry when deciding between the many Oregon City neighborhoods around town. Among the top communities is the McLoughlin neighborhood where residents enjoy views overlooking the nearby Abernethy Creek. It also provides the easiest access to the 99-E highway that leads from Oregon City to Portland. 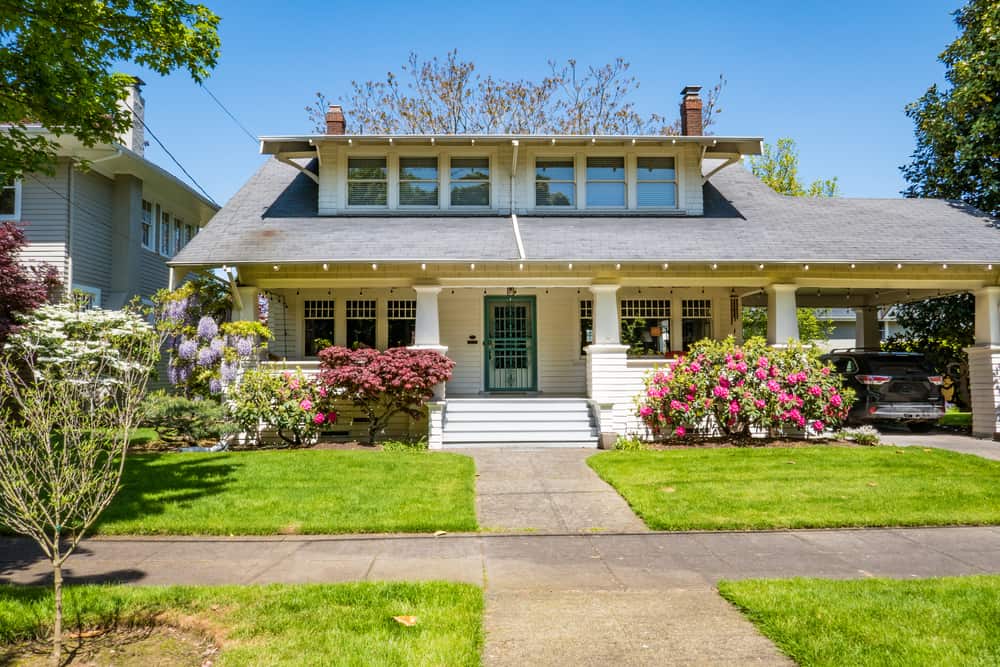 Other popular communities include Park Place and Clackamas Heights on the north side, Gaffney Lake neighborhood to the south, as well as Rivercrest and Barclay Hills near the center of town.

Oregon City is the county seat of Clackamas County, covering the single zip code of 97045. If you’re moving to Oregon City and plan to change your phone number, you can expect an area code of 503.

Parents with young children will have their young students joining the Oregon City School District 62. Primary age locations include John Mcloughlin Elementary and Redland Elementary, along with Gardiner Middle School for grades 6-8.

Oregon City Senior High ranks among the top 25 best high schools in Oregon. Other local high school options include Clackamas Academy of Industrial Sciences and the Alliance Charter Academy, which hosts students from kindergarten all the way through 12th grade.

7. Local Jobs and Commuting from Oregon City to Portland

Apart from the community college and local retail shops, you’ll find Oregon City jobs are a bit scarce since the area is mainly residential. Though there are a handful of manufacturing plants around town like Benchmade, Industrial Metal Works, and Northwest Precision Fabricators.

Most workers living in the area commute from Oregon City to Portland, a less than 15-mile trip that rarely takes more than 35 minutes.

Overall, Oregon City weather is enjoyable, with temperatures hovering between the 30s in the coldest parts of winter and reaching the mid-80s at the peak of summertime. If you’re planning on living in Oregon City, you will want to prepare yourself for about 43 inches of annual rainfall and a fair amount of humidity. The area averages a little more than 140 sunny days throughout the years, which is pretty common for most parts of the northwest.

Tips for Moving to Oregon City

Now that you know what to expect from living in Oregon City, are you ready to take the leap and join this charming community? PDX Movers has been serving the Portland area long enough to know the ropes and provide you with a positive moving experience. Let us handle your upcoming transition to your new Oregon City home while you sit back and relax.