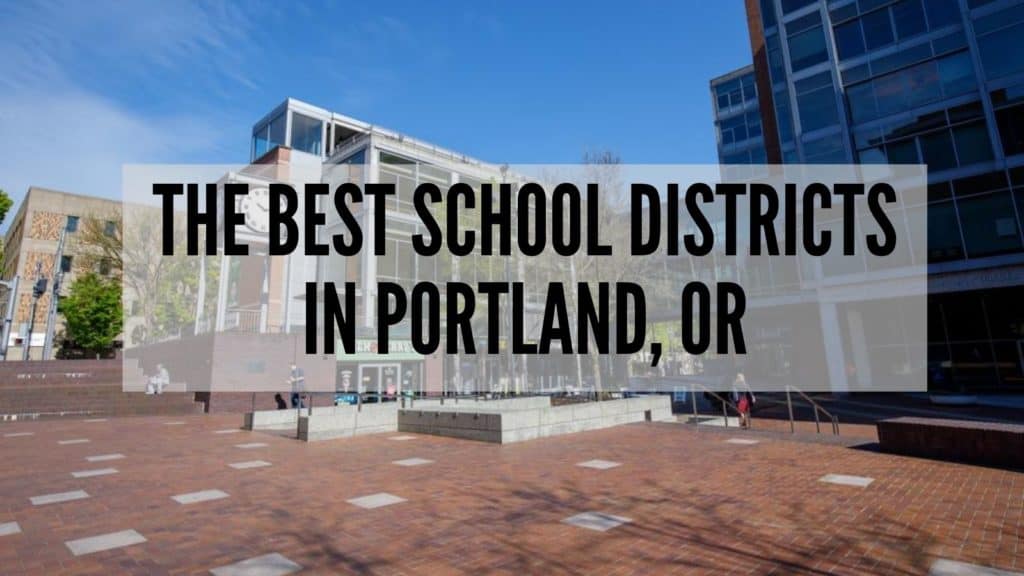 Portland is a beautiful city in Oregon that’s known for its scenery, parks, foodie scene, and for being eco-friendly. If you love green trees and gorgeous greenery, this is a wonderful place to raise a family. Between awesome things to do, like the Portland Japanese Garden, and a thriving job market, many people flock to Portland. And when you’re relocating with kids, you know the importance of finding a neighborhood that will fit your needs. This is especially true with school-aged children. You want them to have great schools to go to, and you can find this by looking at the test performance scores, the teacher to child ratio, and more. We’ve listed the best Portland school districts so you can decide for yourself which will work for your family.

Beaverton is best known for having Nike’s headquarters and many wineries in the area. But, it’s greatness doesn’t stop there. One of the best Portland School Districts is Beaverton School District. This district actually has the number one high school in all of Oregon, which is the International School of Beaverton. This is an advanced high school where students take IB programs, which is a gifted program that can give college credit to high school students. The student to teacher ratio is just 21.5, and it’s actually a very diverse school with 40.3% white, 29.8% Asian, 14.8% Hispanic, 11.7% two or more races, and 3.2% Black. 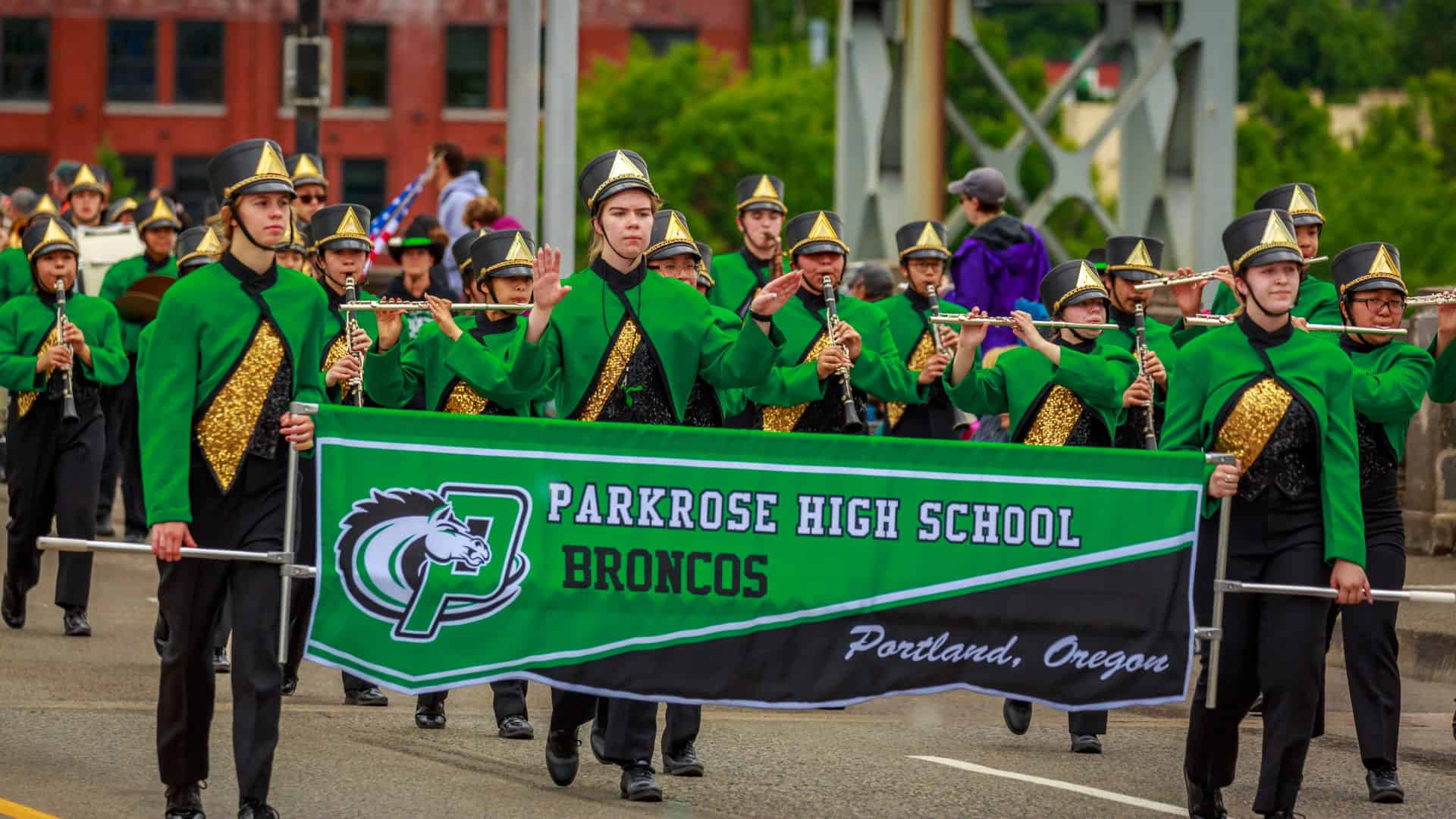 Parkrose is right on the Columbia River, and many young families live in this area. It’s a popular area because of the affordable housing and relatively safe neighborhoods. The average cost of a home in Parkrose is just $382,000, which is very affordable for the Portland metro area. Parkrose School District has a total of over 3,000 students, and it’s made up of four elementary schools, a middle school, and a high school. The best school in this district is Russell Elementary School. They have a low student to teach ratio of just 18 to one.

Ten miles south of Portland is the town of Lake Oswego, which is blossoming. There are many kids in this area, and Lake Oswego School District handles over 7,000 of them. This is one of the best Portland school districts and is known for having high test scores. 75% of the students are proficient in math and 85% are proficient in reading. The student to teacher ratio in Lake Oswego is 20 to one. Lake Oswego is actually home to two of the best schools in Portland, which include Lakeview High School and Westridge Elementary School. Both of them rank as the second best high school and elementary school in Oregon. If you want quality education with a lot of fun as well, Lake Oswego is possibly the best Portland neighborhood to be in.

Another great school district in Portland is Centennial. There are seven elementary schools, one middle school, and two high schools. It serves Southeast Portland and Gresham, which is a more affordable area of Portland. The average price of a home within this district is $360,000. The district’s graduation rate is 73%, but it’s 82% at the top-rated Centennial School District school, which is Centennial High School. If you want affordable housing and schools with teachers who truly care, this is a great district.

If you live in Downtown Portland or the surrounding area, the chances are good that your child’s school will be in the Portland Public School District. They serve over 49,000 students amongst 62 elementary schools, 13 middle schools, 11 high schools, and 2 alternative schools. Despite there being so many schools and the teachers being spread a little thin, it’s actually the best Portland school district. It holds multiple of the top 10 spots for best Portland schools (and best Oregon schools as well!). Some of the top-rated schools include West Sylvan Middle School and La Monde French Immersion Charter School, which both rank in the top 10 for best Oregon schools. 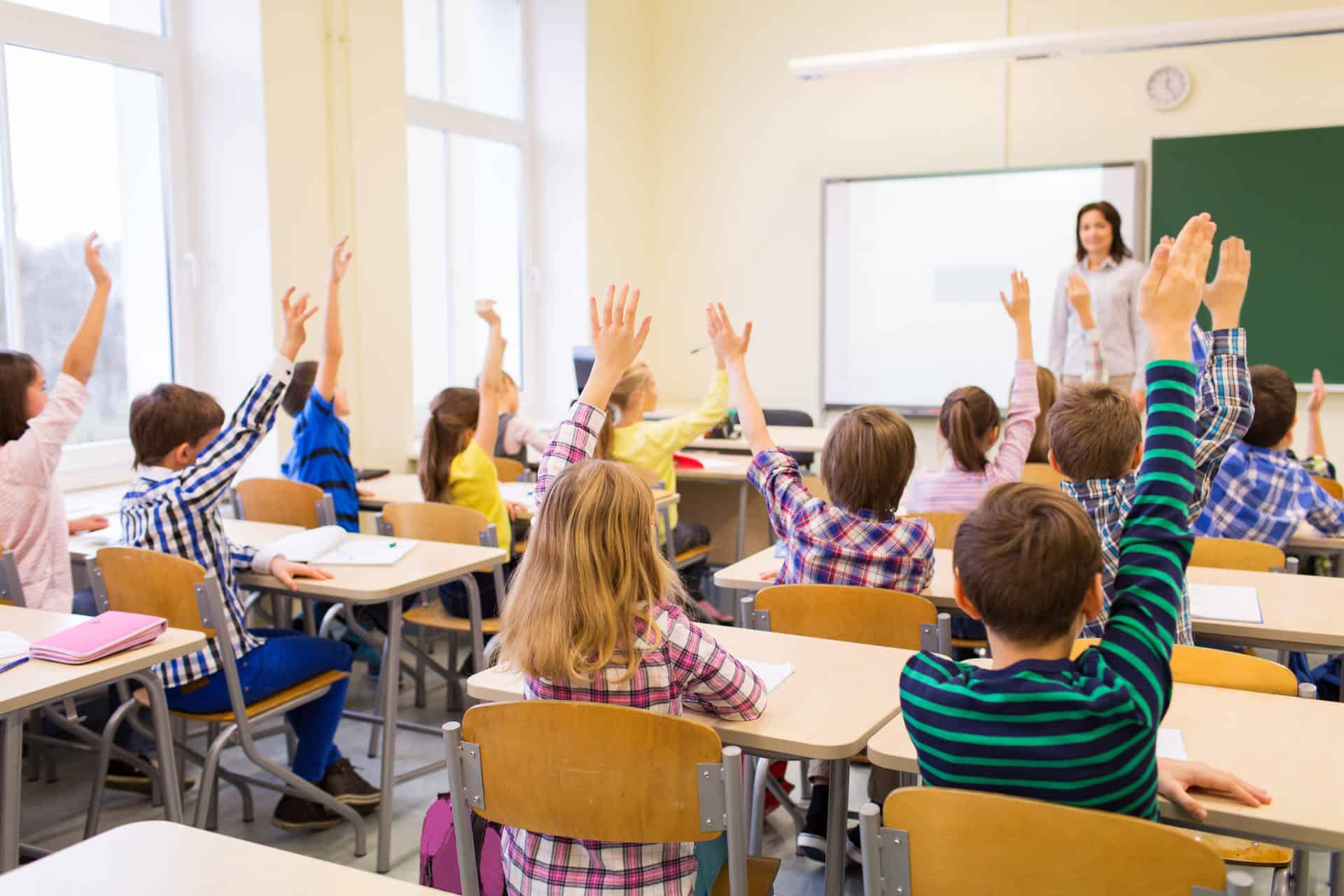 Filled with parks, Tigard, OR is a place where many young families live. The average price of a home in Tigard is $465,000, and the homes usually sell within two weeks. Tigard-Tualatin School District is one of the top Portland school districts, and many of their schools are in the top 100 of all of Oregon. There are 12,580 students in this district, and 11 elementary schools, 3 middle schools, and 3 high schools. The best-rated school in the district is Tualatin High School. It’s a diverse school with 58.3% white, 25.1% Hispanic, 6.3% mixed, 6% Asian, and 2.2% Pacific Islander. The student to teacher ratio in Tigard-Tualatin School District is an average of 21.9 to one.

What is the best high school in Portland, OR?

Does Portland have good schools?

Portland has exceptional schools, and many of them rank in the top 10 for best Oregon schools.

What is the best school district in Portland?

The best school district in Portland is Portland School District.

What is the top-rated school district in Portland?

The top-rated school district in Portland, OR is Portland School District.

Portland is a great area for families with young kids. There are so many different schools to choose from, and there are some of the best schools in Oregon located in these school districts. If you’re looking up the best Portland school districts because you’re relocating to the area, we’d love to help. PDX Movers is a top-rated Portland moving company who can help you each step of the way as you move! Give us a call today at 503-746-8795 for a free quote.