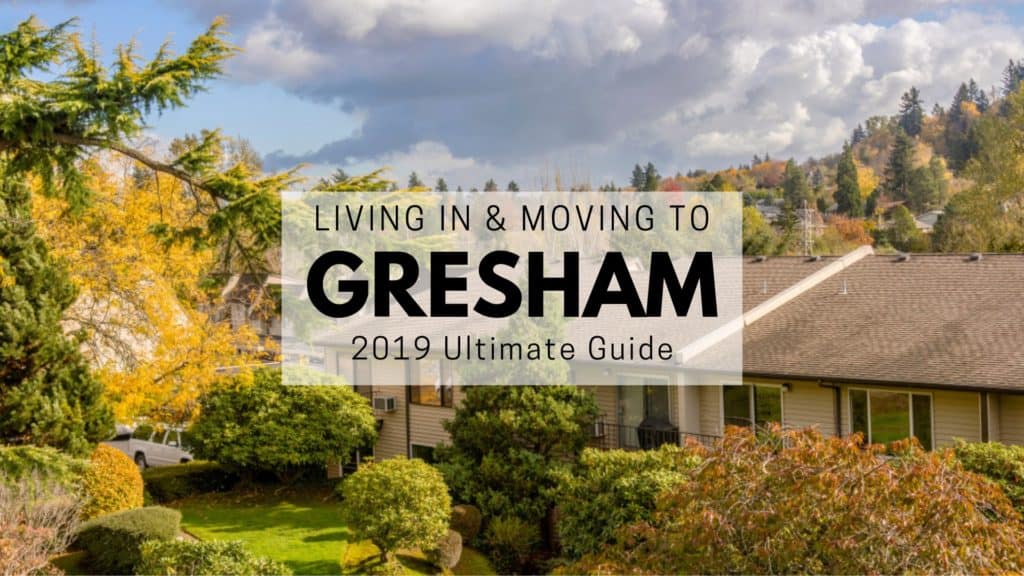 Originally established as a farming community in the mid-1800s, the city of Gresham has since grown into one of the largest cities in Oregon. Back in the day, the area was known as Powell’s Valley, named after the two brothers who settled the land. The city was later called Gresham in honor of the American Civil War general, Walter Quinton Gresham.

And since then, the city has sprouted from a small community of working pioneers into a thriving hub for people of all ages. Thousands of individuals have been moving to Gresham every few years since the mid-1900s, looking for new opportunities and easy access to Portland.

Anyone thinking about living in Gresham will learn a lot from this guide. You’ll get all the details you need to decide whether moving to Gresham, this charming, fun Portland suburb is where you want to be. Take a look and see what this awesome city has to offer you!

The Gresham population has seen impressive growth since the city was incorporated with 360 people back in 1905. That number has skyrocketed over the years, with big jumps in the 90s and early 2000s, leading to a current Gresham population of more than 110,300 now.

The median age in Gresham is about 36 years old and there is a nearly perfect 50-50 split between the number of male and female residents. It’s a strong community for married families with kids and has a median household income of $50,675, slightly lower than the national average.

2. Things to Do & Restaurants in Gresham

Want to know about the best things to do in Gresham after moving there? One of the top attractions around town is the Gresham Japanese Garden, also known as Tsuru Island, known for its beautiful gardens that offer spectacular views, unique learning workshops, and fun local events. Or if you’d like to visit Oxbow Regional Park, you can enjoy outdoor experiences that include kayaking, fishing, and swimming around the Sandy River Gorge.

Looking for the most popular restaurants in Gresham? Among the top options around town, Nicholas Restaurant features a unique spread of Lebanese and Mediterranean food. And for those who want homestyle cooking like pancakes or crepes for breakfast, burgers or sandwiches for lunch, and hearty chicken or beef plates for dinner, head over to Heidi’s of Gresham. 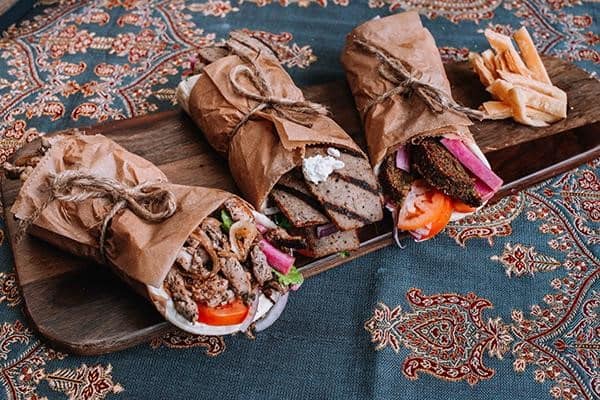 Though the cost of living in Gresham is about 25% higher than the national average, it is nearly identical to the numbers for the state of Oregon. Residents in the area enjoy savings on typical expenses like healthcare and home utilities. Though there will be higher costs for housing and local transportation services

Trying to see if Gresham, OR homes for sale are within your budget? The average price of a home in Gresham has gone up by about 3.2% in the past year and sits around $341,400. It is currently considered a warm market, though it’s only predicted to go up another 1.5% in the next 12 months.

With about 47% of people living in Gresham renting their living spaces, you may be more interested in leasing a house or apartment. The average price of rent in Gresham is between $1,178 for a one-bedroom location and $1,604 for a three-bedroom home.

Gresham is bordered by the city of Portland to the west, Damascus to the south, Troutdale to the east, and the Columbia River to the north. It is the largest suburb of Portland and the fourth largest city in the state. It’s no difficult task to find nice Gresham neighborhoods with a range of options including Centennial, Hollybrook, Pleasant Valley Gresham Butte, Mount Hood, and Kelly Creek. 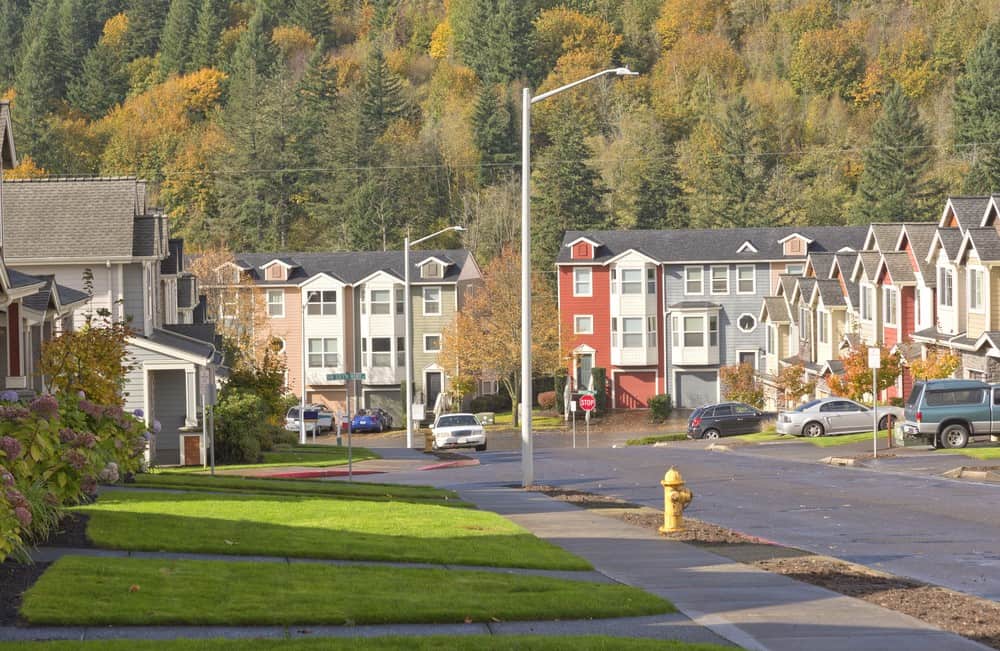 Wondering about the crime rate in Gresham? You can rest easy knowing the city was ranked among the top 30 safest cities in Oregon by Alarms.org in their most recent report.

Gresham, OR also offers great local and big-box shopping places such as the Gresham Station, Best Buy, Walmart, and Walgreens.

With more than 26,000 children under the age of 18 living in Gresham, parents moving here will be glad to know the area has a strong school system. As part of both the Gresham-Barlow School District and Centennial School District of Portland, younger students will attend locations like Gresham Arthur Academy, East Orient Elementary, Butler Creek Elementary, West Orient Middle School, and Dexter Mccarty Middle School.

Teenagers will move up to schools like Sam Barlow High, which is ranked among the top 50 schools in the state, as well as Centennial High, Gresham High, and Springwater Trail High.

6. Job Opportunities in and around Gresham

Apart from positions at the few shopping centers around the middle of town, there aren’t many major employers in the area. But you can still find Gresham jobs with a few great local companies including the Adventist Medical Center, a not-for-profit hospital that employs more than 1,000 healthcare workers.

If you’re looking at commuting from Gresham, OR to Portland for work, you’ll find even more opportunities with companies like Boeing, Daimler Trucks, and Precision Castparts. All of which are within 20 miles of Gresham.

Following suit with the norm for northwest U.S. climates, Gresham weather tends to get overcast and wet for a good portion of the year. Winters bring temperatures between the low 30s and mid-40s along with around 56 inches of rain per year. You can expect nice autumn colors to pop during the fall season, but don’t expect a whole lot of snow as the area gets less than 3 inches annually. 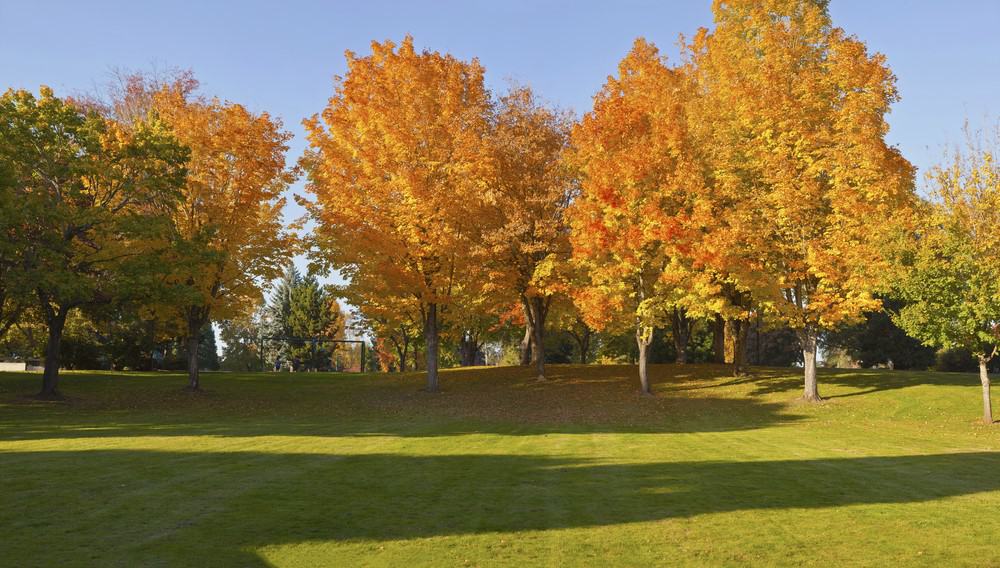 On the other hand, Summers in Gresham are warm and tend to stay fairly dry with temps between 54°F and 81°F. You’ll have good chances to spend sunny days outside at local parks, swimming, or visiting nearby attractions.

Tips for Moving to Gresham

Once you’ve seen everything moving to Gresham has to offer, you’re sure to want to make the switch. As one of the most popular Portland suburbs, it provides people with all the perks of the big city while living in a smaller area. And anyone thinking about living in Gresham could greatly benefit from our top-rated moving services.

Get in touch with PDX Movers today by calling us at 503-746-8795! Or feel free to complete the Request a Quote form on this page, so we can send you over a free moving estimate!