Whether you’re visiting Portland or planning on living in Portland, OR, safety is likely a top concern. On the surface, the high crime rate in Portland can seem intimidating, but the truth is most places in Portland are very safe with violent crime largely confined to just a few areas. Here’s what you should know about crime in the City of Roses and how to stay safe.

City crime rates are always reported as a per-capita amount of crime, or the number of crimes per 100,000 residents. This allows you to compare your risk of crime between cities of different sizes.

The Portland crime rate is:

Here’s how the crime rate in Portland compares to other major cities:

The Portland Police Bureau tracks crime in Portland, OR under three categories:

Neighborhoods with the most violent crime in Portland are:

In 2020, Portland police dissolved their Gun Violence Reduction Team, a specialized unit focused on gun violence, which long faced criticism for targeting minorities in the city. Portland, like most cities in the U.S., experienced a surge in violent crime in 2020 attributed to the COVID-19 pandemic. 40 people were killed by gunfire in Portland in 2020 with 900 total shootings. That’s almost 2.5 times higher than 2019 which saw 393 shootings. There were 55 homicides in Portland in 2020, the highest number in nearly 25 years.

By March 2022, Portland was averaging two homicides per week.

The Department of Justice recently backed a new task force to address violent crime in Portland. About 20 officers from the Portland Police Bureau will be federally deputized and work alongside ATF and FBI agents.

You have a 1 in 19 chance of being the victim of property crime in Portland.

The following are the high-crime areas of Portland with 30-50% more crime than the city average.

Most of the dangerous Portland neighborhoods are in east Portland, including the top 3 on this list and Hazelwood. In north Portland, Portmouth, St. John’s, and Kenton top the list for crime.

Some of these neighborhoods received more than 2,000 calls for police within 5 years compared to the safest neighborhood with under 15 calls.

You can learn more about the safest Portland neighborhoods here to help you narrow down your options and choose a community where you feel safe living.

Portland Safety Tips – How to Avoid Crime in Portland, OR

The Portland Police Bureau (PPB) is overseen by five City Commissioners with the mayor of Portland typically assigned as police commissioner. The PPB serves three precincts, each with up to 20 districts that are assigned one or two patrol officers.

The bureau has several specialty divisions:

What are the bad areas of Portland, OR?

A small number of neighborhoods account for most violent crime in Portland. This includes Centennial, Hazelwood, Lents, downtown, and Powellhurst-Gilbert.

What is the crime rate in Portland, Oregon?

Is Portland, OR safe?

Portland has a higher crime rate than the national average, but Portland is a safe place to live with less crime than most large cities.

Portland’s crime rate may seem high, but it’s largely confined to a handful of areas. There are tons of safe places to live in Portland that offer family-friendly amenities and safety. Once you’ve settled on a Portland community to call home, give the Portland movers at PDX Movers a call for a free moving quote! 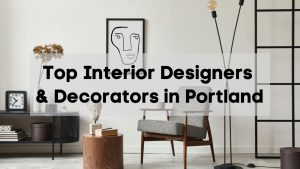