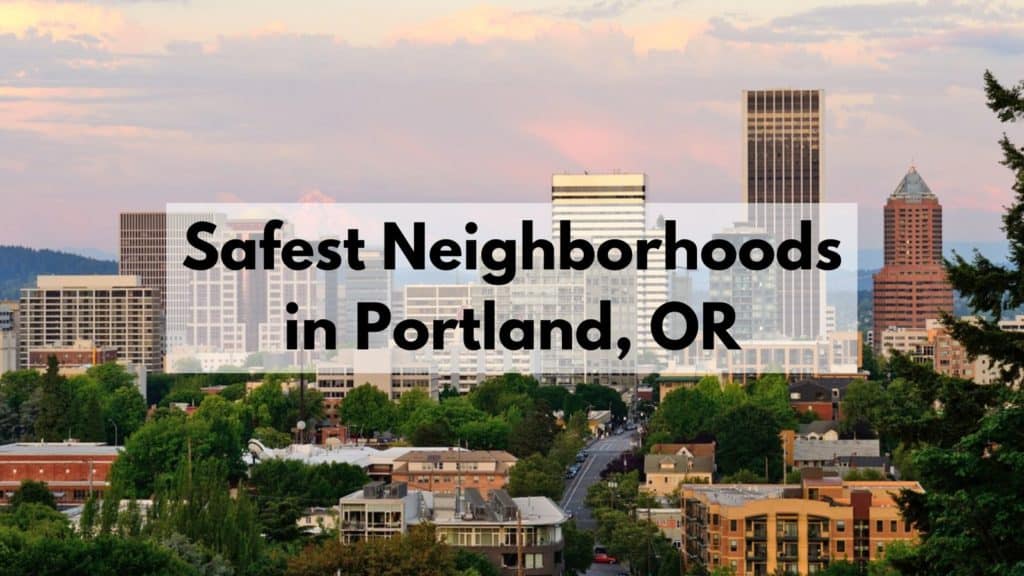 As you look for the safest Portland neighborhoods, you’ll find plenty of great places that offer comfortable living and nearby amenities. You might end up paying a bit more for homes in the nicer parts of town but the investment will pay off in the long run. The more you learn about which Portland communities are the safest, you can make the right choice to fit your needs.

Crime Stats in Portland, OR

When it comes to living in a big city, there will always be areas that are safer than others. Portland neighborhoods are no exception as the city has communities that are safe and secure, while some are better to avoid. The city of Portland’s total crime rate may be about 132% higher than the national average but it’s more important that you are simply aware of the neighborhoods that are safe.

Here are a few Portland crime stats to give you a basic idea of the city:

Located on the southeast side of town, Eastmoreland is one of the most popular neighborhoods in Portland for many reasons. It is close to some of the city’s top things to do including the Oregon Museum of Science and Industry (OMSI), Crystal Springs Rhododendron Garden, Oaks Amusement Park, and Westmoreland Park Nature Playground. You’ll also find great places to eat at nearby locations like Papa Haydn, PDX Sliders, and Gino’s. 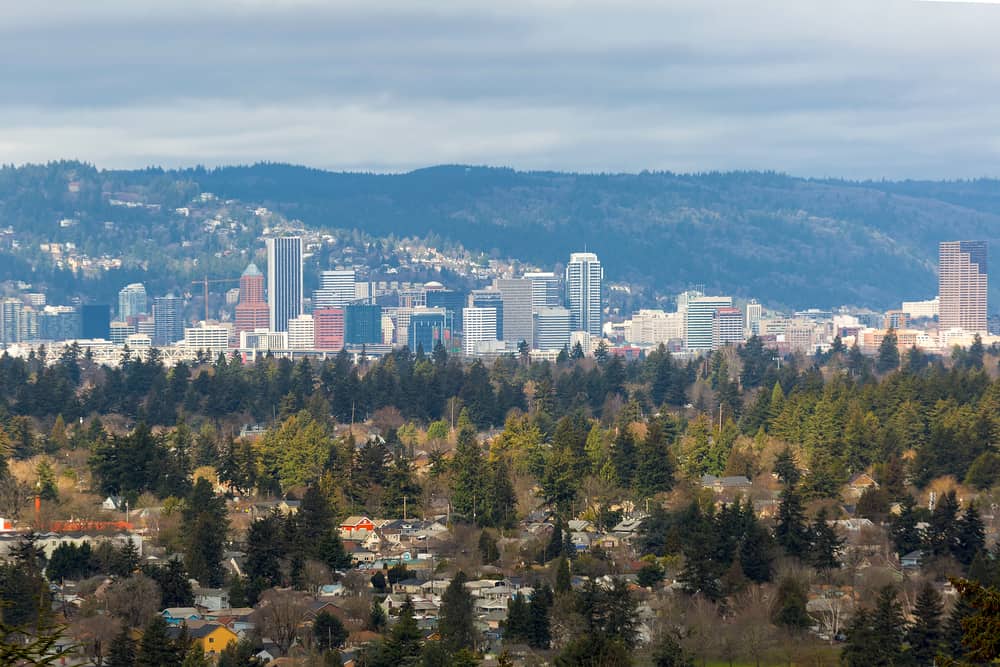 As a family-friendly Portland community, the area hosts Grover Cleveland High School, which is ranked the 5th best high school in the state of Oregon. Winterhaven Elementary School is also located in this area. The community’s crime rates are 56% lower than the Portland average, making it a safe place to live for all.

2. Northwest District – One of the Most Populated and Safest Portland Neighborhoods

This popular community covers a large area and provides a hub of safety for its many residents. The neighborhood has violent crime rates that are 45% lower than the country average.

The Northwest District is located near the Pearl District, which offers great shopping opportunities and fun things to do such as The Freakybuttrue Peculiarium and Museum. Residents living in this community also have easy access to many great places to eat such as Ataula, Lela’s Bistro, and the Fillmore Trattoria.

You’ll find the community of Linnton on the northwest side of the city in between Forest Park and the Willamette River. Due to its location, you’ll find lots of great activities in this safe Portland neighborhood including the Linnton Loop Hike Trailhead. Across St. Johns Bridge you’ll also find Pier Park, a fun place to visit on the other side of the Willamette River.

With a decent number of young children residing in this area, parents can send them to either Skyline Elementary School or Jacob Wismer Elementary School. And as one of the safest neighborhoods in Portland, the community crime rates are 60% lower than the Portland average

Homes within Southwest Hills are upscale and beautiful, making this safe Portland neighborhood one of the wealthiest areas of the city. Residents enjoy peace of mind as there are 45% less violent crimes in this community than the national average.

With crime rates that are 60% lower than the Portland average, anyone thinking about relocating to Portland should consider Bridlemile as an option. The community is among the top 30% of the safest parts of Oregon.

People ranging from young children all the way up to senior retirees call this beautiful part of town home. Many local kids attend the nearby West Sylvan Middle School. A few of the top activities close to Bridlemile are the Oregon Zoo, Washington Park, and the Portland Children’s Museum.

Along the south-central border of Portland, people enjoy residing in one of the city’s most secure neighborhoods known as Hillsdale. Residents living in this part of town have a 1 in 42 chance of becoming a victim of crime, though that number is decreasing by an average of 3% each year. 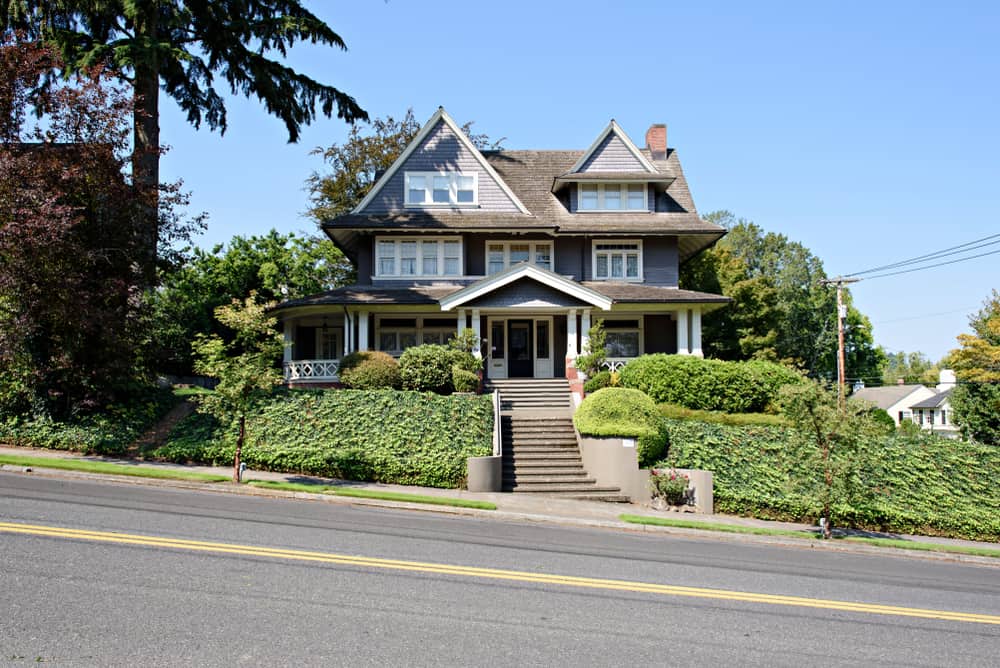 Hillsdale hosts a wide range of fun places to visit like Gabriel Park along with top local restaurants including Seasons & Regions Seafood Grill, Gigi’s Cafe, Salvador Molly’s, as well as Chart House. The local Wilson High School is among the top 20 high schools in the state. Students can also attend the reputable Riverdale High School in this safe Portland neighborhood as well.

In the northeast part of town, Alameda is most noted for its many local schools such as Alameda Elementary, Beaumont Middle School, Grant High School, and Portland Arthur Academy Charter School. Parents can feel comfort in knowing the Alameda neighborhood has a low violent crime rate that is 45% below the national median.

Many of the residences in Alameda were built by high-class locals in the early days of Portland becoming a city. They are large, unique, and tend to come with a price tag that matches the level of classiness. As you look around this safe Portland community, you’ll find interesting things to do at places like The Grotto, Irving Park, and the Alberta Arts District.

To keep yourself safe when living in this city, it’s just as important to know the more dangerous parts of town along with the safest neighborhoods in Portland. A few of the Portland neighborhoods with a higher crime rate are:

No matter what big city you live in, most parts of town will be safer during the day, while night tends to be the more common time for crime. All in all, downtown Portland has a crime rate that is 157% higher than the national average. 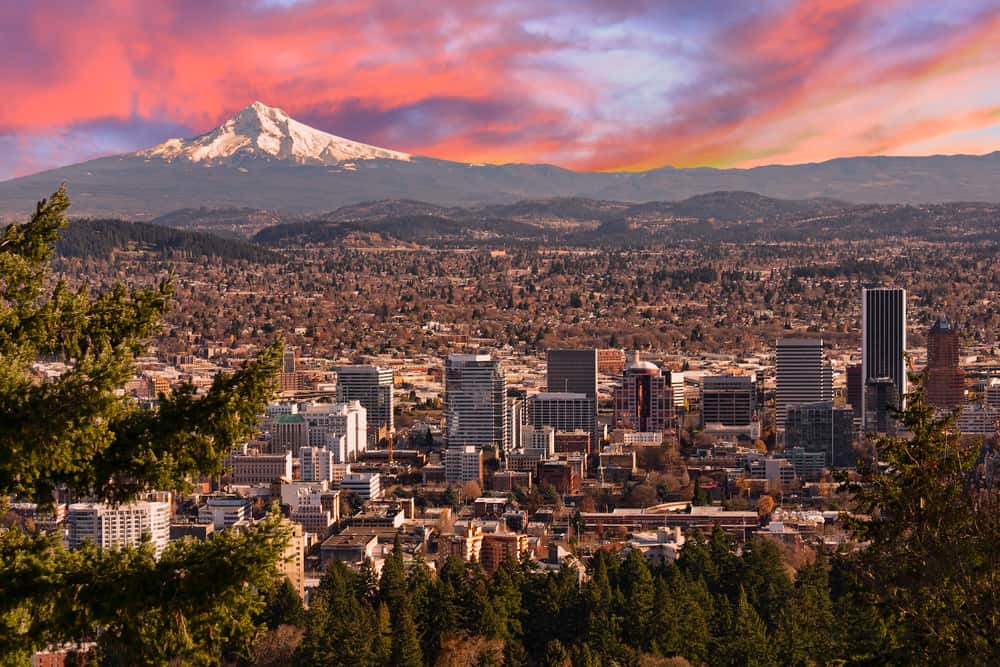 Is it safe to live in Portland, OR?

Portland has plenty of safe neighborhoods for residents to live comfortably. The main thing is to educate yourself on which communities have lower crime rates to set yourself up in an area that will have a lower chance of becoming a victim.

What parts of Portland should I avoid?

Map of the Safest Neighborhoods in Portland

Are You Ready to Move Into a Safe Portland Community?

Once you identify which of the safest neighborhoods in Portland is right for your needs, PDX Movers is ready to make your commute to that area smooth and simple! Contact our top-rated Portland movers today at (503) 746-8795 or complete the Request a Quote form for a free moving estimate!