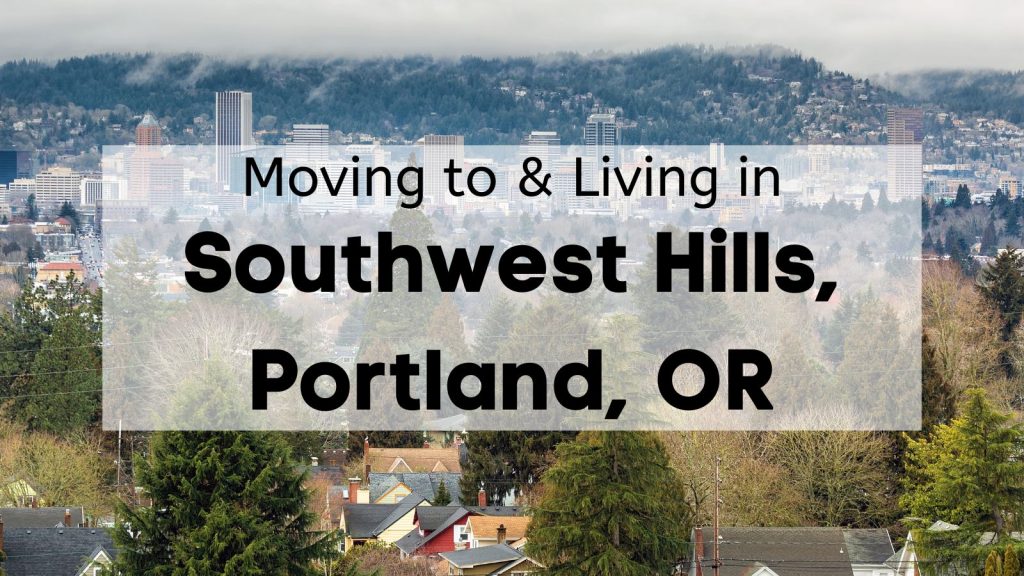 Southwest Hills, an affluent community with a mix of middle class and affluent properties and people, is a Portland neighborhood well-known for its wide variety of beautiful public parks. It has quick access to these wonderful parks owing to the fact that it’s situated in an area locals call the “West Hills”, which also gives the neighborhood stunning panoramic views of Portland, and distant Mt. Hood, Mt. Adams, Mt. Saint Helens on clear days. As a neighborhood with plenty of history, green spaces, and affluence, it’s no wonder that many people are choosing to start living in Southwest Hills!

Where is Southwest Hills?

In Southwest Hills, you’ll be able to use one of the most comprehensive public transportation systems in the country, with many stops in the neighborhood owing to its close position to Portland’s Downtown! May TriMet bus lines operate throughout the area, as do electric trams operated by the same company and MAX Light Rail routes. Additionally, Portland’s wide variety of bike lanes and accommodations for bicyclists make it one of the most bike friendly cities in the world.

Before European settlers arrived in the area, the famous Lewis and Clark would describe the area that would become Portland and Southwest Hills, as well as the Chinook people who lived on it. When Europeans came in and took over during the 1840s, Southwest Hill would not yet be developed for another 60 or so years.

The early 1900s would mark the period where Southwest Hills itself would begin to grow. One of the most famous buildings in Portland, the Frank J. Cobb House, is located within Southwest Hills, and was built in 1918. The location, surrounded by Oregon’s beautiful coastal natural beauty, made it an enticing spot to settle for Portland’s well-to-do at the turn of the century. Thus, Southwest Hills became the charming residential community surrounded by some of Portland’s best parks it is today.

Southwest Hills, despite its close position to Portland’s downtown, is the place to go if you want to be in the city without being subject to all the hustle and bustle. While living in Southwest Hills, its surroundings of beautiful natural parks will make one forget they’re even in Portland’s city limits at all, with the additional bonus (or drawback, if you enjoy the excitement of the city) of muting and sheltering the neighborhood from the most active parts of the city. However, if you do want to do something fun or get some work done within Portland, you’re still inside city limits, and traveling around is easy as pie – it’s certainly a strange arrangement! Perhaps this dichotomy is why so many affluent people choose to live in Southwest Hills. Along with the wonderful parks, Southwest Hills provides ease of access and peace and quiet in equal measure in this unique West Coast city!

What to Eat, Do, and Shop in Southwest Hills, Portland, OR

As we’ve stated many times, Southwest Hills is well-beloved for its trails and parks – but it also has plenty to do nearby as well! Whether it’s entertainment, food, or peace and quiet you’re after, you’ll be able to find all that within or close to Southwest Hills!

First, let’s start with Southwest Hills’ main draw: it’s much lauded parks. First up is the beautiful Marquam Nature Park, which features 193 acres of undeveloped land and over 5 miles of hiking trails. You’ll certainly forget you’re in a city while traipsing through the natural beauty of this park! Next up is the Council Crest Park, which was once home to an amusement park at the turn of the century, although this has since been removed, and the park now is a natural area that provides fantastic views of the city.

While not technically within Southwest Hills’ neighborhood limits, we’d be loath to not mention Washington Park, a massive park which contains the famous Oregon Zoo within it, just across the I-26. You could probably walk there without a problem!

For shopping, you’ll unfortunately need to leave the confines of this lovely community – but, we reiterate, the downtown of Portland, with its multitude of shops, is only three or so miles away! As for eateries, the situation is much the same, with one exception: Vista Spring Cafe. Serving pizza in a cozy environment and located right here in Southwest Hills, this quaint little restaurant is sure to please!

Those who choose to start their journey to moving to Southwest Hills will be served by the Portland School District 1J when they finally make their home here. A relatively large school district covering almost a third of the city, you’ll have plenty of choices here, although there is not much in the way of schools directly within Southwest Hills, with the exception of the Ainsworth Elementary School and the St. Thomas More Catholic School. A few notable schools from the district include Skyline Elementary, Winterhaven School, and Grant High.

Is Southwest Hills, Portland, OR Safe?

It should be firmly established by now that Southwest Hills among the best affluent neighborhoods in Portland city limits, but that also means that you’ll be paying affluent prices. Historic buildings and convenience both drive up real estate prices here. According to Redfin, the average home price in Southwest Hills is $1,102,500, a number that’s been climbing each year. The median days on the market for real estate is lightning-quick 7 days, while the number of homes sold annually is 38, a number that’s been steadily decreasing.

The typical home here isn’t a villa or mansion by any stretch of the imagination, but if you can afford them, the homes are nice and the neighborhood is even nicer. As for renting, apartments in Southwest Hills have typical monthly rent of $1,746, an average number for the Portland area, according to Rentcafe.

Thinking about making Southwest Hills your forever home? Don’t skimp out and try to do it by yourself – that’s a surefire way to break your back doing hard work, and gain a couple of gray hairs in the process. You’re going to need a professional mover, so give PDX Movers a call! Our well-trained and reliable Southwest Hills moving crew will make any sort of move a quick and easy process! Call now at 503-746-8795 or fill out our online form for a free quote!